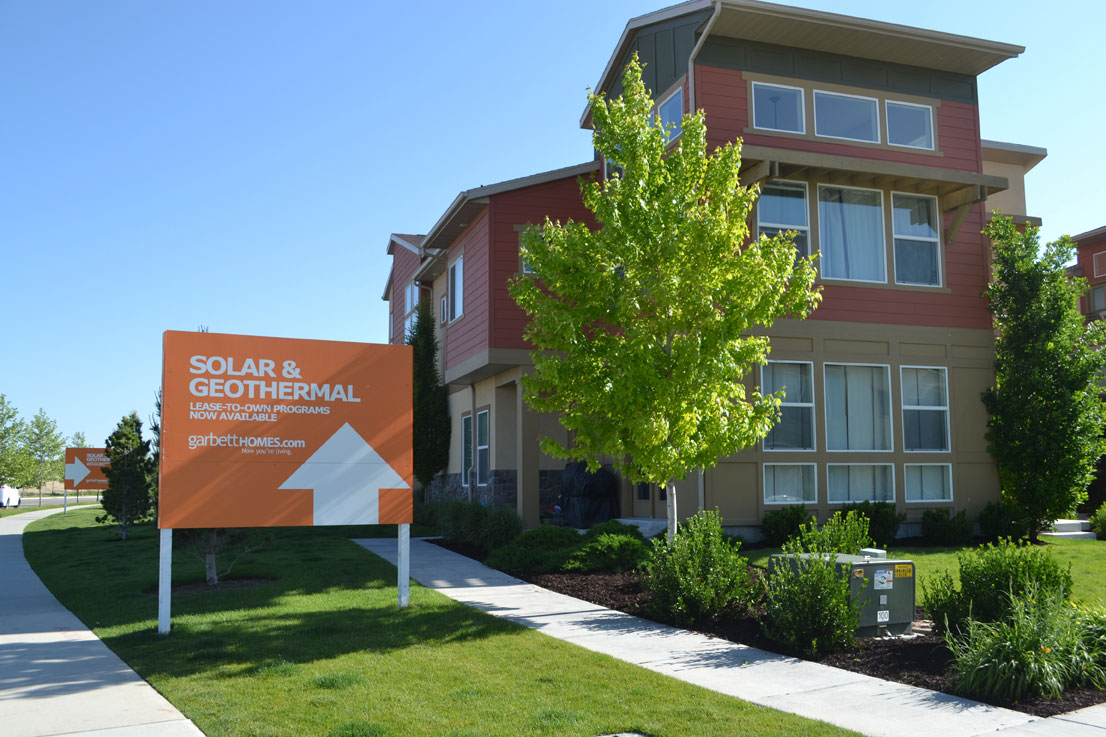 Posted at 13:20h in Residential by josh 0 Comments
0 Likes

For homebuilders, “going green” has not been as important as “making green” during these recent tough economic times. Now one Utah builder is staking its future on the movement to improve energy efficiency and sustainability in the residential home market.

About 3 1⁄2 years ago, Rene Oehlerking — marketing director for Salt Lake City- based Garbett home — pitched the idea of green building to the company’s president Bryson Garbett. He said it was an attempt to figure out a way to differentiate the company from other Utah and national builders in the local market as they all struggled to remain competitive in the wake of the housing downturn.

Countless hours and $500,000 in research and development later, they came up with what they believe will be a cost-effective, environmentally responsible and (hopefully) profitable homebuilding strategy.

“We started at the end of the (housing) boom, right into the recession,” Oehlerking said. “We took a look at the current economic climate and thought we could … take this opportunity to innovate.”

He added, “We actually want to change the building industry. We want
people to re-think how they buy homes.”

He said the main focus of the new strategy was to build affordably priced homes for the young, first-time homebuyer.

“We’ve taken our same demographic and the same product and turned them into ‘super green’ homes,” he said.

Garbett is the first area developer to make the switch to constructing only sustainably built, high-performance, energy 1

2 priced below $200,000 that employ the latest solar and geothermal technology that Oehlerking said would yield monthly 3

utility bills of less the $20 even in the most extreme weather conditions.

“The homes we’re building now are getting about $5 or $6 a month for power bills, and about a $7 or $8 per month natural gas bills,” he said.

Where the standard new home built to code would typically have a 100 score on the National Home Energy Rating System — the U.S. standard for measuring a home’s energy efficiency — the new Garbett townhouse has a rating around 40.

Thatcher said that while he was not “hard core about being green,” he said doing his part “to help save our planet” was Sit an added benefit of purchasing the property as well as the low energy costs.

Oehlerking said all of the technology improvements are standard in every home and the company recycles all construction wood waste a local facilities. He said while implementing the new technology and sustainability measures on a large scale is exciting, the bottom line is that in order for the plan to be successful, it will have to be profitable long- term.

“We’ve spent the last couple of years testing,” he said. “We’re confident now that we have a great solution.”